10 Steps To A Cooler Boat In Summer

Living and boating in the tropics has many advantages. As swimming in northern inlets and rivers is generally not recommended due to the presence of crocodiles, cooling off at the reef is something northerners can enjoy all year round if they have the desire to do that. Light clothing is the norm, especially for visitors from the southern states. Jumpers and other warm clothing are things that are pulled out by locals for a very short period every year and usually only at night because the days are generally still warm.

However, there can be disadvantages, too. The cold has never really been something that has appealed to either my husband or me. If asked, we would say that we prefer the heat to the cold any day, but I need to qualify that statement. Despite preferring to be warm, I must admit that there are times when the northern heat can become overbearing and debilitating. On those days when the air is still and there is no breeze at all to cool our bodies down, the humidity can rise to unbearable levels. It saps our energy so that chores are difficult to carry out. We don’t feel like doing anything except try to find a cool place to lie down preferably where there’s a bit of a breeze. We drink huge amounts of water to replace what we’re losing from perspiration. And it seems that in recent years we have noticed our inability to cope with the heat and humidity more and more. Perhaps it’s because we are getting older. (I must stress – never ‘old’, just older!) But it isn’t just the people who are suffering, our boats can suffer as well.

This fact became very apparent one day in late Spring after we had spent a week away in the mountains where the climate is milder. Returning to the boat we were about to discover just how much our catamaran was feeling the heat. Most of a multihull is above the water and exposed to the elements. The wide decks that are synonymous with multis draw the heat in and this is soon transferred to the inside of the vessels. It was a warmish day when we arrived back at the boat. We unlocked the door and entered the saloon. The heat hit us the moment we stepped in. It was absolutely stifling inside the boat. “Whew”, I gasped as we both dropped our bags and rushed to open all the hatches and ports, and let some air through. The heat began dissipating immediately with the light breeze but even so, within minutes our clothes were wet from perspiration and clinging to our bodies … and it wasn’t even summer yet. As we were spending more and more time away in the mountains we had to wonder what it would be like in the hottest and wettest part of the year. When we built the boat we anticipated the need to allow air flow throughout so we had installed ports underneath the wing deck into the hulls. These worked well.

They opened into the bows forward of the main sleeping cabins so air was able to enter into the boat without letting in any rain but it seemed that they still didn’t allow enough air circulation when the boat was closed up for longer periods. While we lived on board permanently it hadn’t been a problem as the boat was automatically aired daily. But whenever we went away, even for a few days, most of the hatches had to be closed in case it rained. A large tarp covered a lot of the boat and although we could leave a very small hatch slightly open there was no guarantee that rain couldn’t get in, especially if there was wind too. Strong wind could drive the rain in even underneath the tarp. So if the forecast was for rain while we were away, we had to close that small hatch as well. The boat lived on a swing mooring not in a marina and without the benefit of electricity, our options seemed few. This was a situation that needed to be looked at immediately. So, what could we do?

“Whatever we get, it needs to be solar powered,” John decided so he began researching. He checked out the chandleries and scoured the internet. Finally he made the decision. “Solar air vents”, he announced one day. “I think that they’re what we need.” The next step was to decide which type we wanted and to do some price comparisons. It didn’t take too long before he’d selected the ones he thought would do the job and that looked good, too. He ordered two to see how well they worked, and then we waited patiently for them to arrive. Finally, the parcel arrived at the post office and we excitedly unpacked the vents. We were very impressed at their
appearance – nice shiny stainless steel – but it still remained to be seen whether they worked, however with any luck these would solve our problem.

The hatch that we had installed over the galley about twelve years earlier had a solar vent on it when we bought it but we were never sure that it actually worked. Hopefully these new ones would make a difference. Not being too keen on cutting into good Perspex John decided to try it on a spare hatch cover first. The Perspex was a little crazed but we’d see how well it worked before cutting into a good one.

Only a few tools were needed for the job … masking tape, a pencil, (to draw the circle to be cut out of the perspex), an electric drill (this would also need a generator to power it) or a battery operated drill, a jig saw and a screwdriver.

Find centre of hatch. John used masking tape. Cover the bottom of your jigsaw to stop damage to the Perspex.

Using a Jigsaw cut out the circle. Drill about three holes on the marked circle as a starting point for the jigsaw. Mark out circle to the correct size for the vent.

Remove masking tape and prepare vent to go into the hole Insert the vent and put inner seal in place.

With the vent in place drill holes for the screws.

Put screws in to hold the vent in place on the hatch cover.

Put the hatch cover in place and stand back and admire your work.

Step 1. Taking masking tape he placed strips from corner to corner to find the centre of the hatch.

Step 2. Using a tape measure and pen he marked out the circle that needed to be cut for the vent.

Step 3. Holes were drilled as a starting point for the jigsaw.

Step 5. The circle was carefully cut out using the jigsaw.

Step 6. The masking tape was removed from the Perspex before installation of the vent.

Step 7. The solar vent was placed into the circular hole he’d made in the Perspex.

Step 8. Holes were drilled to take the screws.

Step 9. The vent was then screwed down to secure it in the hatch cover.

Step 10. The hatch cover, complete with the new solar air vent, was put back in place on the hatch above the galley.

whole process was repeated for the hatch above the main bathroom in the port hull.

We now had a solar operated air vent in each hull. The fans in these vents would hopefully draw hot air (which, as

we all know, rises) out of the boat. Since they were installed the boat certainly seems a lot cooler when we return to her after days or weeks away. And during periods of heavy rain we haven’t had one drop of water through them.

It’s great to walk inside without being hit with that blast of hot air but we still think we can do better. With extra vents we feel sure that we can reduce the heat even more and for that reason we have decided to place additional ones elsewhere throughout the boat. We will now purchase more vents for the sleeping cabins and the saloon which will allow hot air to escape out through all of the hatches while the boat is closed up. The little solar panels on the vents will keep the extraction fans working whether we are there or not. They operate completely using solar power, their operation is very quiet and importantly, while reducing the heat they will help prevent musty air, odor, mould and mildew building up inside the boat. They have an on/off switch and an internal battery ensures the units work day and night.

So, if you are suffering from lack of air circulation in your boat, rather than cutting into your decks, these solar air vents are a quick and easy solution. They look smart and tidy, too. We are happy with ours and definitely recommend them. So, if you want to keep your boat cool next summer, check them out. There are a variety of styles and types on the market, but we like the stainless steel ones that we bought (pictured here). 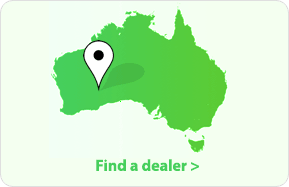 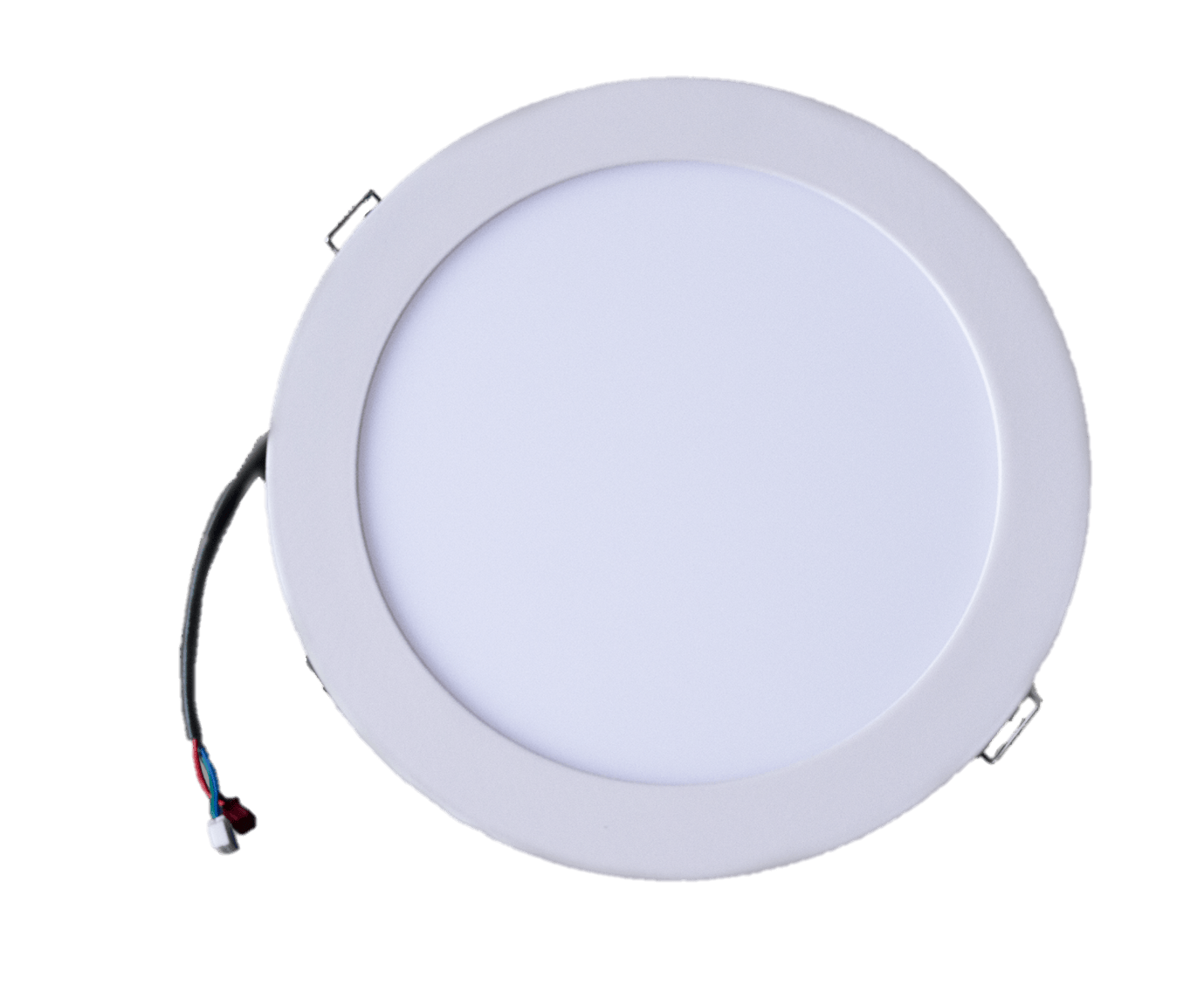 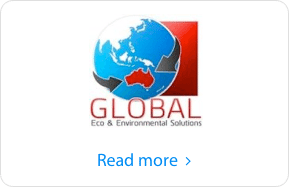