Mediapoint is a trade-dedicated wholesale printing company operating out of Derrimut, Victoria. The business is family-owned and operated, established in 2006 by brothers Jason and Jamie Xuerub. Since their humble beginnings, their business has grown a lot and they moved to their current 2200sqm facility in 2017 taking on the title of Australia’s largest flatbed and large format dedicated print service.

Mediapoint operates out of a huge 2200sqm facility with an open combined production and storage area. The space also is fitted with a variety of equipment such as printers, cutters, and welders.

Some of the machines used emit smoke and fumes that can be harmful if left to build up indoors. Additionally, operating the machines can also make the inside temperature uncomfortably hot on warmer days. Because of these issues, Mediapoint reached out to Solar Whiz for a solution.

Solar Whiz was able to offer a cost-effective and sustainable solution to create a healthier working environment. The 12 commercial-sized units we installed extract the heat and fumes out of the facility, keeping the indoor area safe and comfortable for the staff.

Our units draw in cooler, fresher air from outside through roller doors on the east side and at the front of the building. This means that Mediapoint is able to choose where the main source of replacement air comes from by choosing to open or close the doors. By changing which rollers doors are open, and by changing the size of the opening the business is able to regulate the direction and amount of airflow that comes through the facility according to their needs.

We placed the units in specific areas to optimise the ventilation results for the facility. To do this units are strategically concentrated above smoke- and fume-emitting equipment to maximise the extraction effect from these areas. We also positioned units between machines to improve heat removal and airflow in the areas where staff spend most of their time. In addition to this, we also set up the units to run in pairs of 6 to provide extra flexibility to the system.

Mediapoint had already invested in solar energy and had an existing array of solar panels on its roof. This meant that large amounts of energy were being generated. Because of this there was more than enough to power the six 24 Volt power supplies needed to operate the 12 Solar Whiz extraction fans.

Installing the 12 Solar Whiz units has provided an extremely cost-effective and sustainable solution. Especially in the case of smoke emissions from the printing equipment. Since the installation our units have been extracting fumes, smoke, and heat from inside the factory. Subsequently providing a noticeable and welcome relief for employees.

The system is customised and installed to fit the needs of the factory. To do this we carefully considered the location of the 12 units to maximise ventilation results. Additionally, we grouped the units into two so that Mediapoint has far greater control of the system. This allows them to only operate the fans that they need at any given time.

Furthermore, because Mediapoint already generates its own energy with solar panels it can run our 12 units using its own solar energy. At no cost!

Our systems are so effective that they have achieved these results with an almost negligible increase in power consumption. A standard-powered industrial exhaust fan would cost a lot more to install and operate. Based on our understanding, we estimate that a standard powered unit running at $0.28/kW for 8 hours a day would cost $185 a year. That may not sound like too much but this system includes 12 units; that’s $2220 a year! Compare this to Solar Whiz units that can operate with zero operational costs and you can see the savings starting to stack up! 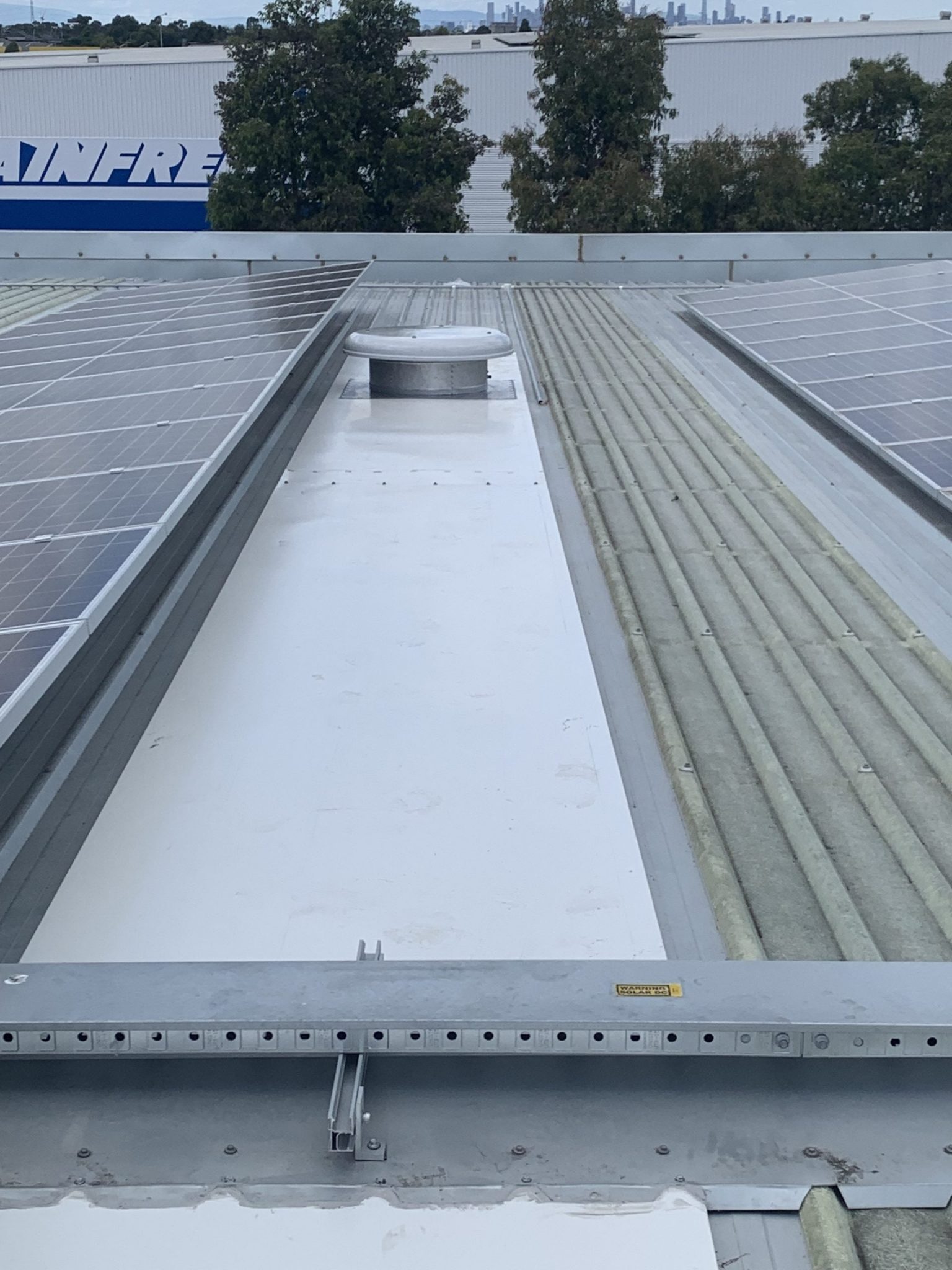 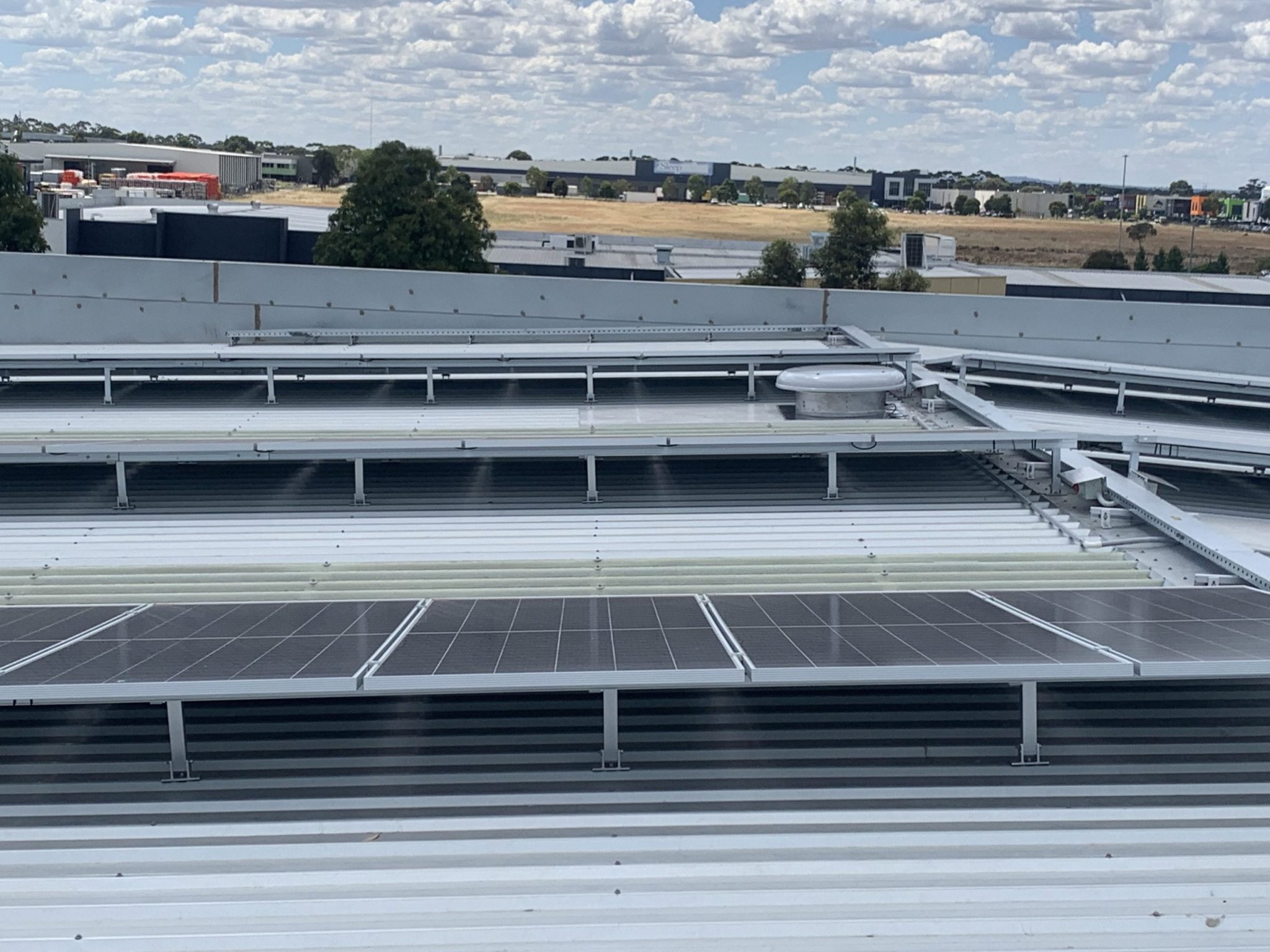 Want to ask a question?